Declared as a national park in 2002, Kaudulla is Sri Lanka’s newest wildlife reserve. With its 6.656 hectares of land, it is located on an elephant corridor between Somawathie Chaitiya and Minneriya National Parks. Home to deer, leopards and sloths, it is especially known for its elephant population, where more than 200 elephants can be found between the months of August and December for what is popularly known as the ‘Elephant Gathering’.

Alluring travellers from around the world to witness this spectacular moment, the elephant gathering is perhaps the most spectacular wildlife event in Sri Lanka, listed as Number 6 in the Lonely Planet’s Guide to Natural Wildlife Spectacles of the World. During the dry season (July to September), different herds of wild elephants gather at the Minneriya reservoir to drink and feed. This large gathering of wild elephants passes through Kaudulla during this season – a truly memorable sight, and an unforgettable opportunity to capture elephants at close range, frolicking in their natural habitat.

Aside from the elephant gathering, Kaudulla National Park has become a popular destination for Sri Lanka Safari Tours. Embark on magnificent journey, and look out for leopards, sambar deers, wild boars, and the occasional sloth bear. Among the many things to do is bird watching where over 160 species, including large water birds such as Spot-billed Pelican visit the Kaudulla Tank.

Closest Domestic Airport – Cinnamon Air flies to Sigiriya, which is located 45km away from the Kaudulla National Park. 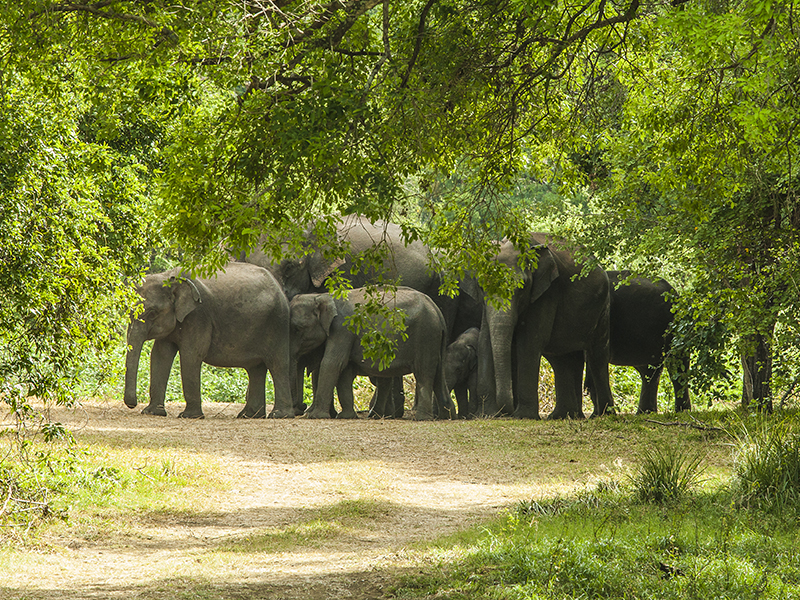